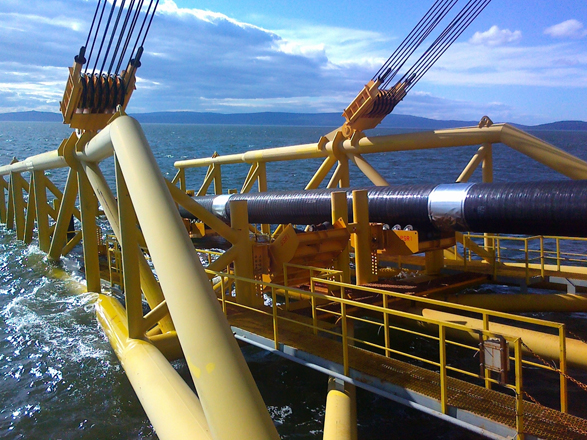 The possibilities of cooperation of Turkmen and Russian transport companies in the region of the Caspian Sea were discussed in Moscow, says the message of the Union of Industrialists and Entrepreneurs of Turkmenistan.

The talks were attended by Deputy Minister of Transport of Russia Viktor Olersky and Head of the Turkmen Logistics Association Mele Bekmuradov.

The importance of increasing the volume of cargo transportation through the ports of the Russian Federation and Turkmenistan was emphasized, the message says. The possibilities of cooperation in the framework of promising projects of multimodal transportation along the North-South international transport corridor were discussed.

The ceremony of opening the international seaport was held in early May in the Turkmenbashi City. The cost of the project implemented by Gap Inşaat Company (Turkey) is more than $1.5 billion.

With the commissioning of the Turkmenbashi port, the great opportunities have appeared for sending goods arriving in Turkmenbashi port along the "Silk Road" route from Asia and the Pacific region, further to European countries through the ports of Russia, Azerbaijan and Iran. The port complex includes a common loading terminal, bulk cargo terminal, polypropylene terminal, as well as shipbuilding and ship repair docks. Also the motor car road with trestle junctions has been built, and the railway road has been laid.

The project is developed in accordance with the international Greenport standard. The annual intake capacity of the port will be 17-18 million tons. Together with the previously operating port, this figure has made up 25-26 million tons. The international ferry and passenger port can serve 300,000 passengers and 75,000 trailers per year. The container terminal has an average annual capacity of 400,000 TEU.

Multimodal Logistics Park provides a range of services for storage and the combined handling of containers and cargo delivered by air, road and rail transport, providing their transshipment onto water transport and vice versa.