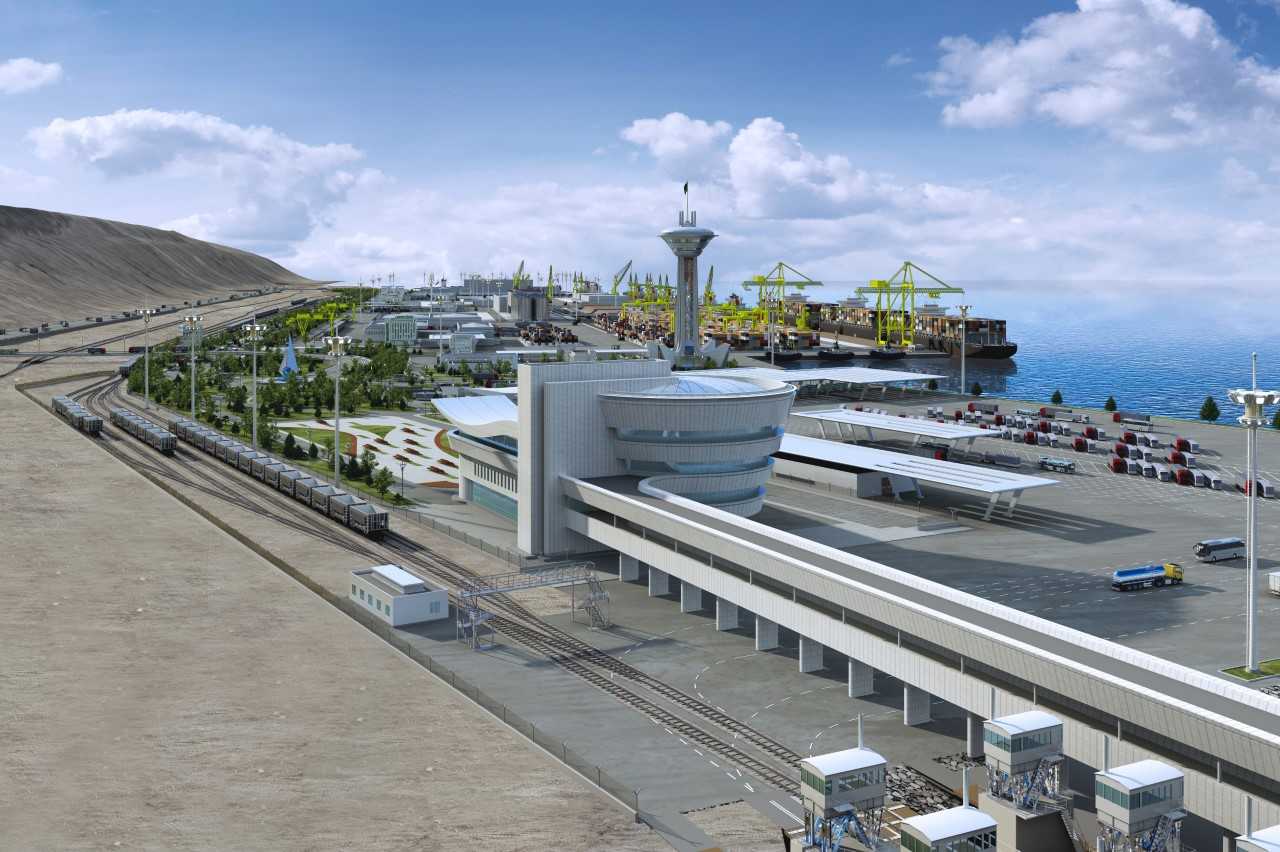 Information on the preparation of Turkmenbashy International Seaport was presented at the Government session on April 20.

It was informed that all conditions for high-level port services are made at the container and ferry terminals, which are provided with modern equipment and advanced technologies.

In this regard, the President of Turkmenistan focused on organizational and technical measures for efficient operation and operational capabilities of the seaport and port management system.

Today, Turkmenbashy is a transit and transport hub of international significance, the centre of representative forums; its role in business and cultural life of the country is growing. Special economic and touristic status of the city leas to new large-scale objectives, which solutions make effect on the success of the reforms and national programmes.

The project of International Seaport may be referred as to historically significant as its completion brings our country to new level of relations supporting full integration to the world economic relations, improvement of the role of Turkmenistan as important transit centre, the President said.

Involvement of various routes will allow considerably increasing the volumes of trade turnover and will support the expansion of passenger traffic by sea, will make effect on the development of Avaza National tourism zone by the number of tourists from neighbouring Caspian states.